Tom, Do You Really Want to Go There?

I know that Tom Brokaw is a near icon in the history of broadcast news in the United States. No one has been a more dogged audio stenographer for official Washington than Tom. And besides, how else would any of us have ever heard of the greatest generation until Tom introduced them to us?

But Tom, please do not say a word about Keith Olbermann, unless it is to say that he was a more effective journalist these past 10 years than you.  Because while you were giving fawning and sycophantic interviews to George W. Bush on Air Force One days after the Iraq invasion, Keith was beginning his assault on our criminal regime in Washington.

"where it got sticky is when our commentators were anchoring political coverage," he said, in a clear reference to Olbermann. Brokaw was widely known to have complained about Olbermann's anchoring of campaign coverage during the 2008 race. "Those are, in some  ways, incompatible roles," Brokaw continued.  "We worked our way through that."

You see, when Tom was breaking out his pompons for Bush/Cheney he was being an objective anchorman,  because for Tom Brokaw being objective means serving power each and every time.  I'm glad I get it now.

http://www.nytimes.com/2003/04/25/international/worldspecial/25BUSH-TEXT.html?pagewanted=all
(The full transcript of the Bush interview April 25, 2003)

Posted by Max Estenger at 5:26 PM No comments:

Death of A Rebel: Alan Uglow Dead at 69

Last week I learned of the death of Alan Uglow, the British-born, New York-based painter. Alan was not just any painter. It is quite arguable that he was for the past 25 years, the best painter in the world. I remember how startling it was in the mid-80s seeing his work for the first time. This was at the ebbing of Neo-Ex and the beginning of Simulationism. Alan's work was as far from those two styles as one could be.

Despite belonging to the 1960s generation,  Alan was a punk rocker. Upon moving to New York in the late 80s, I immediately sought him out and went to his studio many times where I met his wonderful wife Elena Alexander (whose milieu was the dance world). Alan's paintings are as subtle and delicate as he was brash and emphatic. He had little patience for bullshit of any kind. 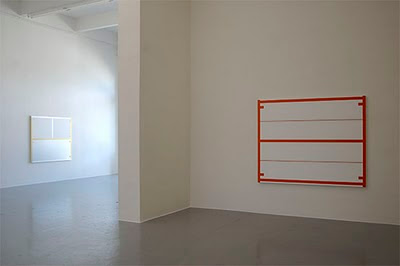 There are two tragedies here.  First,  is the fact that Uglow died while still at the height of his powers (imagine what he would have done in his 70s).  Secondly, it has been over a week since he died and no obituary in the paper of record or any other major NYC publications. This is the city that he lived in for over 40 years.  Yet, with very few exceptions (Robert Nickas and Saul Ostrow) Uglow had almost no critical champions in the United States.   One wonders if he was just too unfashionable for the hedge funders and the critics who cater to them in the Times and weeklies.

I think the problem is that we really don't have many good working art critics so much as art journalists who cover the scene here.  They have developed quite the ear for art, but not the eyes.  An artist like Uglow demanded real eyes and was too hard to explain unless one really took  the time to look and write.  That's a difficult task with so many parties to go to.   His work was celebrated in Europe, however, and we will soon start to see the American necrophiliacs (curators, collectors, museums. critics, auction houses) rushing in to cash in .  It will happen. Trust me.  Better late than never and good for dear Elena.

But the critical neglect of such a great artist is a scandal and serves as a concise metaphor for the vapidness of the New York art scene--ALL OF IT.  Perhaps this city is officially dead as the center of production of new culture but as the center of consumption and kitsch things have never been better.   Uglow didn't really care about these things and just made what he called "the work."  The problem with "the work" is that to have elevated it to any prominence would have made most everything else seem trivial and worthless.
Posted by Max Estenger at 10:54 AM 3 comments: 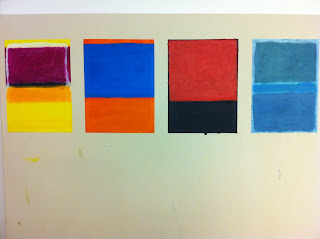 In this season of right-wing reaction, the notion of American Exceptionalism has become  yet another issue of conservative grievance.  Most particularly  Newt Gingrich and Sarah Palin have talked of the pre-eminent grace with which our country has been bestowed.  They have railed at anyone who deems to question this central tenet of the right-wing mind.
When I think of American Exceptionalism I do not only think about some of our founders (who were so utterly NOT like their Tea Party appropriators)  but  I’m also inclined to think of figures that I’m sure wouldn’t quite figure that highly in the minds of a Gingrich or Palin.  To me American Exceptionalism means Whitman, Melville, Faulkner, Ginsburg, Graham, Cunningham,  Pollock, Newman, Judd, Berry, Brown, Dylan, Davis,  Ives, Reich, Riley, Wright,  and Kahn to name just a few.
In the realm of the visual arts, America’s grand contribution to western culture continues to center on Abstract Expressionism.   At New York’s MoMA, the temple of high modernism, the museum was able to mount a hefty show of large paintings  and drawings  soley from the museum’s holdings.  As a whole, the exhibition contains some wonderful paintings and is worth the visit just for these, but it also reveals the foibles of museum collecting and the establishment of a canon.
One thing that leaps out on first viewing this exhibition is that Jackson Pollock was a great painter even before his breakthrough drip paintings.  The big Pollock retrospective of 1998 was perhaps too big a survey, too overwhelming, whereas this informal survey of about 18 paintings testifies to Pollock’s rightful preeminence in American art.  The same can be said for his fellow radical painter, Barnett Newman who also gets his own gallery at MoMA.  It is exhiliarating to see Vir Heroicus Sublimis next to The Wild (1950).  The former  an 18 foot wide painting while the latter is about 1 5/8 inches wide by 83 inches tall.  That no one had ever dared to make a painting like The Wild  before would mean nothing if the painting itself were not  so stunning in its simplicity,  power and beauty. 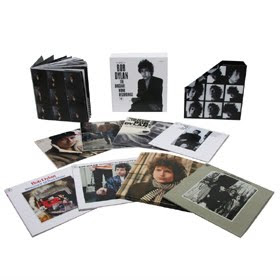 When filmmaker Stan Brakhage died a few years ago his obituary in Artforum stated that “(his) death marks the end of the most astonishing career in the 108 year history of the cinema.”  Stan Brakhage towered over the cloistered world of avant-garde film as perhaps no other artist has towered over their own field.

And yet Brakhage is a virtual unknown even amongst film buffs. I have been thinking about Brakhage lately because despite the fact that Bob Dylan has been world famous for nearly 50 years, it is not an exaggeration to say that his career and position in the world of popular music for nearly half a century is nothing short of astonishing. His oeuvre is rivaled only by the Beatles in its scope and influence.

There is no doubt that his remarkable "comeback" in the past 13 years--the trilogy of critically acclaimed studio albums, his book Chronicles, Scorcese's briiliant No Direction Home documentary, the never ending gems from the bootleg series especially the Live 1966: The Royal Albert Hall Concert, his acclaimed Sirius radio program, and of course the Never Ending Tour--have helped contribute to his
exalted status today.

The recent release of “Bob Dylan: The Complete Mono Set” comprises the foundation upon which his reputation is built. Before I get to the music, however, Dylan fans will appreciate the entire packaging which is absolutely perfect. Each of his first 8 studio albums are reproduced exactly as mini-lps. Holding the majestic double album Blonde on Blonde with its gatefold is like holding one of Vitra’s beautiful mini-reproductions of the greatest hits in modern furniture. The ubiquitous clunky plastic cd cases are nowhere to be found. Surprisingly, the only weak link is the accompanying booklet’s skimpy essay by Greil Marcus, one of Dylan’s most perceptive chroniclers. But the rare pics mostly from the mid-60s are gems.

Read more »
Posted by Max Estenger at 7:26 PM No comments: