On Sunday, January 5, 2014 I received a phone call informing me that my aunt, Margarita Estenger (1937-2014) aka "Cucucha" to family and friends, had passed away in California just six days shy of her 77th birthday.  Since she was my only aunt, and I have no uncles (and only two first cousins--her children) we were a small but close family. She led a very colorful life that ended with a brutal and thankfully short battle with Alzheimer's.

She was the life of every party-- reminding me of the Maureen Stapleton character in Woody Allen's Interiors (1978)--with her raucous sense of humor and her virtuoso piano playing at family gatherings. Like many of her generation she left Cuba in 1961, as the promise of revolution turned into the Gulag under the sun. Her first husband fought at the Bay of Pigs invasion and was a captured prisoner. She spent months anxiously awaiting his fate until an agreement was reached between the Kennedy Administration and the Cuban government to free the prisoners. Like my own parents, she moved to Los Angeles after a brief stint in Miami.

Living in Southern California, she loved going to tv game shows and even made a quick deal with Monty Hall in the early 70s which netted her $50 on Let's Make A Deal (she happened to have  a lemon in her bag). But her biggest TV moment was undoubtedly on June 16, 1975 when she struck gold. On that day, on the CBS Televsion Network Johnny Olsen told her to come on down (butchered her last name actually, it was her second husband's name). She was the big showcase winner on The Price is Right. She won a lot of stuff including a huge camper trailer, a pinball machine and a trip to Jamaica for two. She jumped up and down and nearly trampled her fave Bob Barker. Unfortunately, this was pre-VCR and so all we have is an audio recording though strangely there are full You Tube episodes of The Price is Right from that season and seasons prior and after, so perhaps one day it will surface. She took her daughter to Jamaica and sold everything else.

As stated earlier, she was an extremely gifted piano player as her mom (my grandmother) was a piano teacher but my aunt lacked the desire to pursue it as far as her talents may have warranted. Her unluck in romance (three husbands, three divorces) was made up for by a large and devoted group of friends and the love of her family. She is survived by her brother, my father Guillermo, her two children Henry and Maria and six grandchildren including Jessica whom she raised as her own. Because of the nature of her illness we have missed her for some time, but now will miss her even more. Rest in peace. Services will be held January 17-18.
Posted by Max Estenger at 6:30 PM 8 comments: 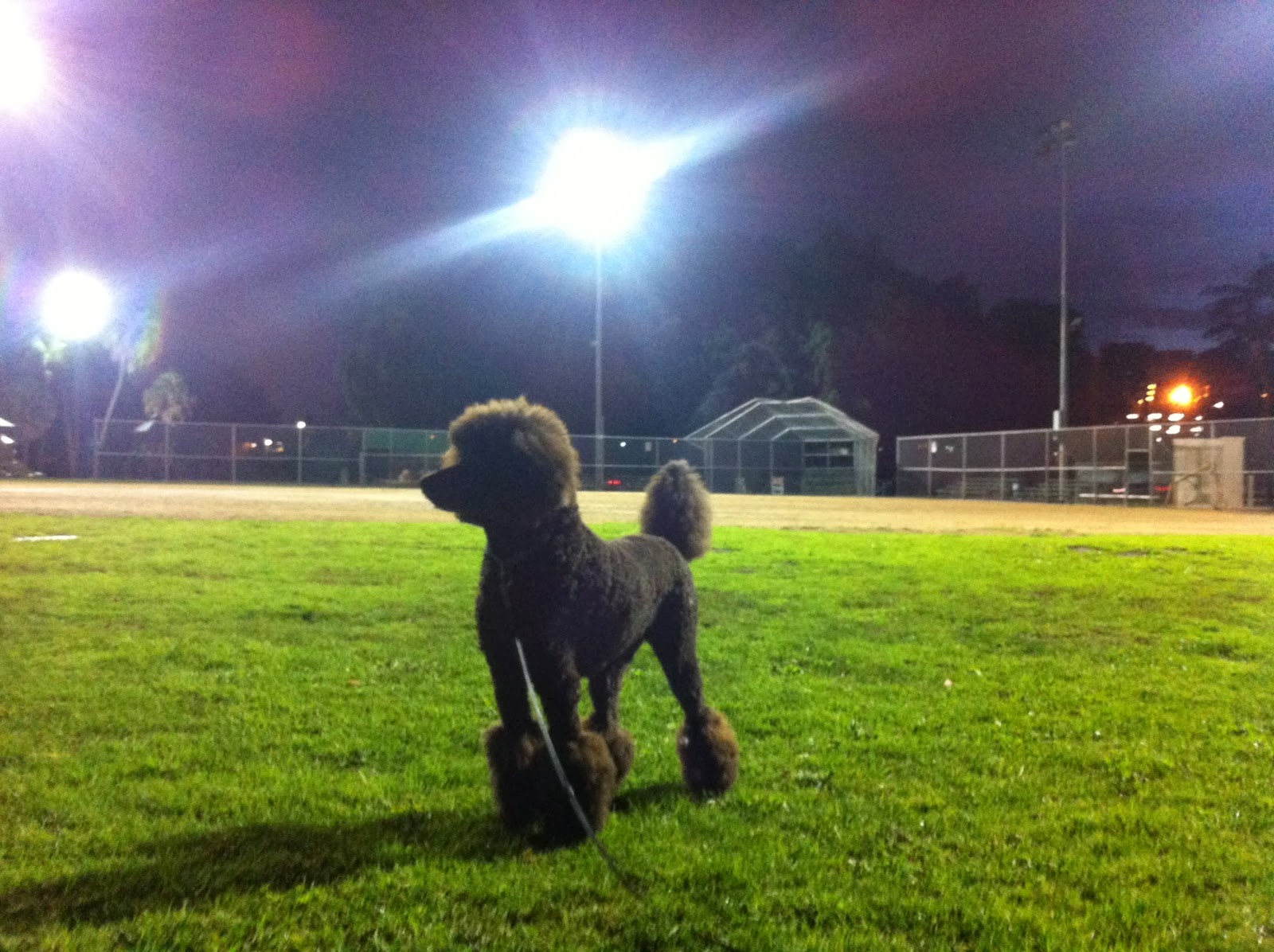 As the rest of the country braces for the cold to come, my friend musician and graphic designer Mike Horton took his majestic dog Marlowe out for a stroll on January 1, in Lincoln Park in Los Angeles.
Posted by Max Estenger at 9:30 PM No comments: